MY NAME IS NAQOY ( A VOYAGE TO ETERNITY) 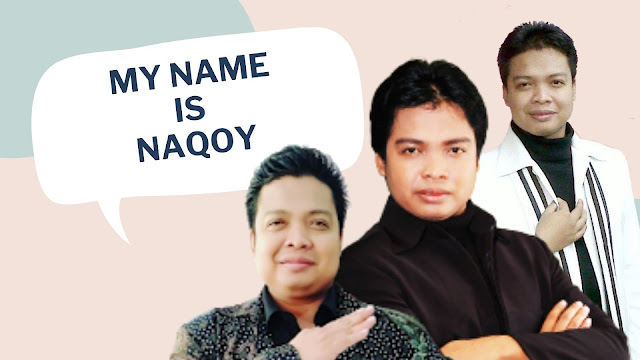 The village in Kalibuntu Losari Brebes central Java was the birth of Naqoy (Nanang Qosim Yusuf), having a farmer's mother's father was his destiny, but for him, everything could be changed through education. After completing aliyah in a Munjul Cirebon, he chose to continue studying in UIN Syarif Hidayatullah Jakarta, even though he had been a school keeper and marbot  Mosque Fathullah UIN. After college, I chose to be a psychology assistant professor at the University of Paramadina and UIN Syarif Hidayatullah Jakarta since 2002-2006, but in 2007, when the first book was printed over 10,000 by Gramedia finally led to its destiny of being an active motivator filling radio smart FM. Since 2007 his first book the7awareness has hypnotized its readers so that the compass newspaper makes the headline in a half-page review with the title "if in the west there is a the7habitat, in the east, there is a The7awareness."

Her diligence enabled her to write 11 best-selling works. The best publishers have taken them like Gramedia, Mizan, KMO and others. Between their best seller books is the7awareness, One Minute Awareness, the Heart of 7 awareness, Awareness of Ramadan, 21 days to be transhuman, Unconditional happiness. Its achievements egged on the world, not only Indonesia when there were 18,000 participants in Istora Senayan listening to his motivations for 2 days on September 26-27 2009. Eventually, Jaya Suprana gave muri's record certificate as the speaker with the highest attendance of 18,000.

Naqoy is also one of the top 100 alumni in the university, highlighting Syarif Hidayatullah Jakarta, in 2017 he is also awarded the 2017 category entrepreneurship. Now, his friends and aluminum were growing, especially in pandemics, and training only reached Europe, the USA, Hong Kong, and Dubai. His dream for the next three years is to establish naqoy university and boarding schools of consciousness become evident with his trainees.Naqoy lived happily with her dreams, goddess Dewi Umronih Yusuf, Zaara Hayat Yusuf, Zyvaa Hayat Yusuf, Zeliyaa Hayat Yusuf, Shah Aryaan Naqoy in the Naqoy Point Center, BSD, Tangsel. Please follow IG & youtube "naqoy" to learn to be above average human beings.

Founder And Master Trainer The 7 Awareness